The Durban Chess Club once again organised the annual KZN Open Championship, from 25th to 27th April 2015. Joseph Mwale was a convincing winner of this year's event, starting with a blistering 7 wins before easing off with a draw in the last round. Along the way he defeated top seed Erick Takawira (a 4-times KZN champion) and 2nd seed Nashlen Govindasamy. Joseph played all his games at a fast pace, leaving his opponents struggling both with the clock and with the position on the board.

With over R15 000 in prize money, the organisers expected lots of entries, but the usual visitors from Johannesburg decided at the last minute to stay at home and play in the Orion series. The championships were contested in two sections, with section A open to all players, and section B restricted to junior players rated below 1400. The first three rounds were played at 60/60, and the remaining five rounds were at 90/90, with no increments, so there were a number of exciting time scrambles.

The only time that Mwale was in serious trouble was on the first day of the competition, especially in his round 2 game against Mndeni Njapha: 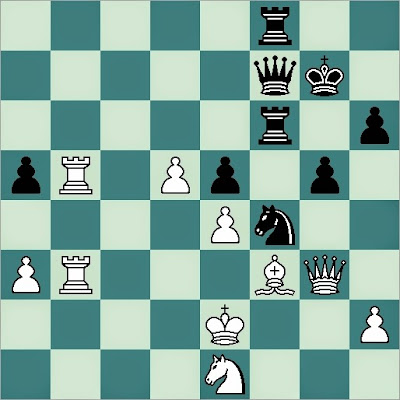 Joseph thought for a while, I was expecting 48.Kd1 or Kd2 winning, but then he played the unexpected 48.Qxf4. I'm not sure how to annotate the move, it killed the attack and gained some seconds, but a Queen sacrifice? Joseph won on time on move 56.

The critical game between Mwale and Erick Takawira took place in round 7:


Top seed Erick Takawira seemed to be out of practice. He was fortunate to survive in his round 5 game against young Duncan Podmore:


There were lots of interesting games played, here is a PGN file of all the games played on the top boards of the A section (62 games).


The B section was restricted to junior players (under 18) rated below 1400. Michael Fu was the winner, with 7 points from his 8 games. In second place was Anele Danisa, the son of leading KZN player Cyril Danisa.