Living Chess and the Durban July

Last weekend saw the 2014 Vodacom Durban July horse race won rather controversially by second favourite Legislate, beaten to the post by outsider Wylie Hall, but Legislate was declared the winner after a meeting of the stewards. It was apparently quite a rough race! The Durban July is also known for its fashion contests and displays.

What has this got to do with chess? I was reminded of the time, back in 2009, when we produced a game of Living Chess at the Greyville racecourse. SABC's "Top Billing" broadcast the event on 2nd July 2009, as part of the media promotion for the Vodacom Durban July.

The media planners invited the two winning jockeys from the 2008 race (a dead heat) plus Miss South Africa as special guest. Students from DUT provided the fashionable outfits for the chess pieces, and several members of the Durban Chess Club, including myself, assisted with the production of the show. 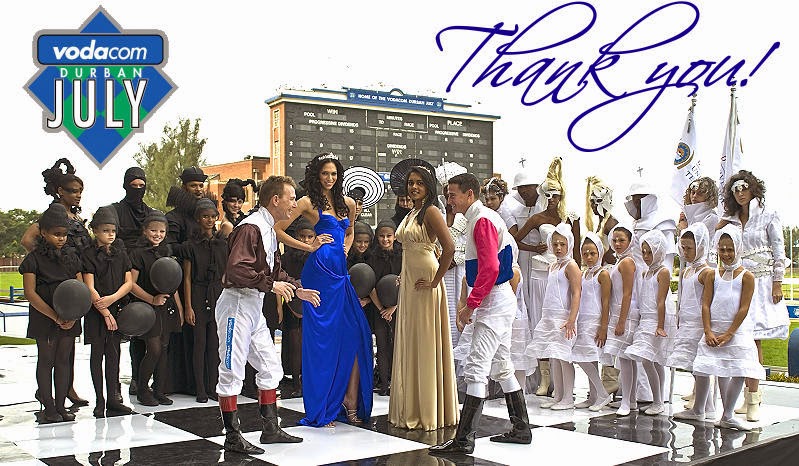 It was quite a spectacle! For more on the occasion, have a look at my special report with photos, which was first published on the Durban Chess Club website.

Although this was the only game of Living Chess in Durban that I knew of at the time, I later found out that there was a similar display on 2nd August 1955 at the Amphitheatre in Durban. This display coincided with the visit of Dutch masters Euwe and Muehring to Durban, as part of their 1955 South African tour.