As previously reported, the under 15 girls team from Khayalemfundo School in Mandeni were crowned as Top Schools chess champions in Pretoria in December 2015.

Their story has now been published in the Stanger Weekly newspaper of 10th February 2016: "On Friday (5th February 2016), officials of the iLembe Department of Education, KwaZulu-Natal Chess Association and the Department of Sport and Recreation paid an unannounced visit to the school to congratulate the pupils on their outstanding achievement." 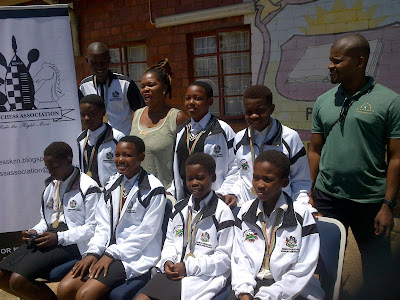 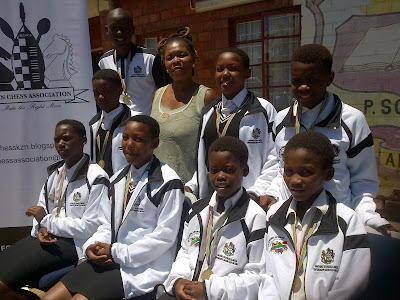 President of KwaZulu-Natal Chess Association, Sandile Xulu, heaped praise upon the school chess coach, Siyabonga Gumede, and the girls on their outstanding feat. He also presented each of the seven girls with a chess set and a chess clock. Click on this link for the full article on news24.
Posted by Chess KZN at 08:01